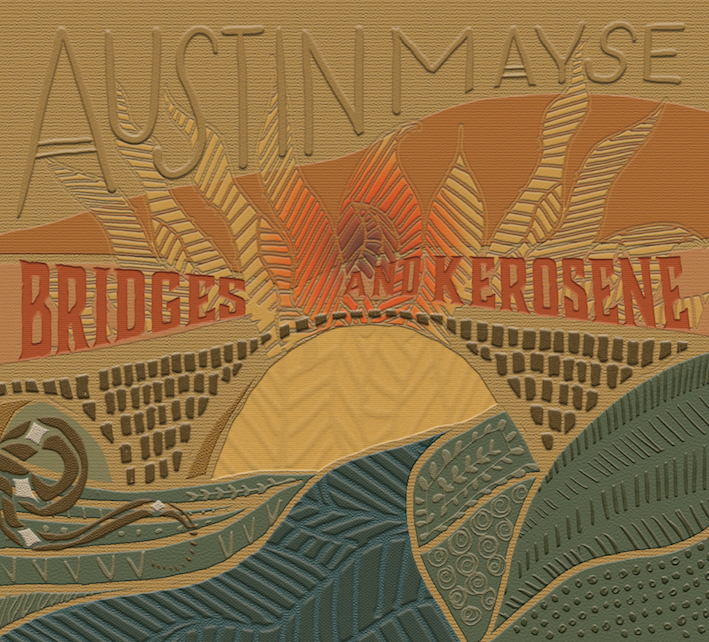 With a mix of country and Americana, Austin Mayse writes with a straightforward honesty and it’s hard not to think of fellow Texas truth-tellers Guy Clark, Blaze Foley, Hayes Carll and Rusty Weir. He’s been traversing the Texas music scene for more years than he’d care to remember, working alongside everyone from his mentor Rusty Weir to Walt Wilkins, the Great American Boxcar Chorus to the Mystiqueros. This is his second album, filled with captivating lyrical songs and even sizzling tracks, that make it fairly easy to forgive the more than dozen years wait between releases. During that period, Austin had many self-inflicted demons to overcome, and just as he was getting back in the game, playing anywhere from 150-250 live shows a year, all of a sudden, he was greeted with a break from the road due to the coronavirus pandemic that shut the music industry down. Whatever the reason for the long wait, this is a beautiful, near-gentle collection of ten tracks that find him exploring his new normal of 2023. He looks at the world with bracing clarity as he peers into the shadows and darkness of everyday life—death and loss, grief and longing, struggles with drink and life on the road—and embraces them, for he knows that we must pass through the shadows to emerge into the light.

He’s a crucial figure in Americana music, showcasing his ability to interweave the genre’s communal spirit with chilling moments of introspection.  He mines deeper into personal topics and infuses them with fresh intensity. The opening song, Leave Your Leavin’ is narratively and descriptively tantalizing, with a heady blend of retro aesthetics and magical songwriting that immediately carries you off somewhere else entirely. The song’s cheery melody contrasts effectively with a universal portrait; how we habitually talk ourselves out of commitment. For Austin, it’s the lure of the road, and how finally, he’s prepared to leave the leavin’ behind him for the stability of home. He doesn’t completely turn his back on the road, though. On My Way is a kind of golden, homespun twang-soul ode to a touring musician’s life. Warmed up with touches of Geoff Queen’s steel guitar and Chris Beall’s inventive electric picking, it feels like the warm wind coming through a car’s open window. The closing Traveler’s Prayer is beautifully constructed as Austin and his studio crew offer a slow motion, slightly out of focus, all-natural ramble, lit from within by a spectral glow.  A universal piece about the delights of travel and the relief of returning home safely, recalling a woozy Beatles’ ballad, the dreamy song comes complete with soft mandolin and cello touches.

He becomes somewhat philosophical with the ponderous Wretch Like Me, in which he not only faces up to his drink problems but also rejects our casual apathy and bigotry, as he sets the foundation of a fragile hope that could shape all of humanity. He tackles his drinking even more directly in Whiskey, I’m Gone and The Sober Light, two compelling songs placed mid-way through the album, both of which showcase his close affinity to classic country music. With Jenee Fleenor’s mournful fiddle, Austin stolidly articulates his loss in The Last Rose Of Summer, as he identifies and deconstructs the emotions actualising his mourning. A renowned trumpet player, he closes this heart-tugging song with his brief angelic trumpet playing. BRIDGES & KEROSENE is a solid album. It’s stronger in some places than in others, but overall a commendable effort.